Jenn Barr was born and raised in Seattle and set off for Japan the minute she finished high school. She spent half a year in Osaka before attending the University of Hawaii for a semester, then ended up at Sophia University Tokyo, from which she graduated in 2005. Jenn fell in love with Mahjong in 2004 and worked on her game so that she could join the Japan Professional Mahjong League in 2006, the largest and most successful professional Mahjong league in the world. She is working on spreading love for the game throughout the world and hosts a website, reachmahjong.com, for other Reach fans, which features columns, quizzes, podcasts, online meet-ups, and more. 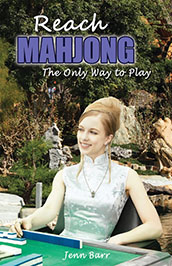