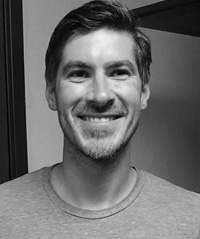 Shortly after COLIN JONES graduated college with a math degree, a friend learning to count cards loaned him a book on the subject. He began to study, then apply what he’d picked up from the book at the neighborhood casinos. Luckily, a large card-counting team recruited and trained his friend, who shared his newly perfected skills with Colin. The two teamed up to take on the local blackjack tables. They were so successful that they recruited more partners and eventually found themselves running their own team and playing with a half-million dollars of investors’ money.

Over the next four years, the Church Team won $3.2 million and provided the investors with a return that beat the stock market by 500%.

After disbanding the team, Colin turned his attention to developing a blackjack-training website, BlackjackApprenticeship.com, and leading intensive Blackjack Bootcamp workshops.

Today, he’s a battle-hardened advantage player who has trained hundreds of successful card counters to go hand-to-hand against casinos all over the world. The 21st-Century Card Counter is his first book.

Books by the Author: The 21st Century Card Counter