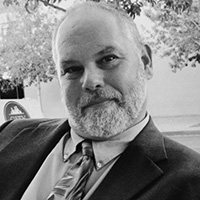 Bob Nersesian is the nation’s premier attorney representing the interests of gamblers. Over the years, he has garnered millions of dollars worth of verdicts against casinos in suits brought by customers, and is easily the most active litigator in this area of law. In addition to Nevada, Bob has represented gamblers or consulted in gambling matters in Mississippi, Connecticut, California, Illinois, Arizona, Iowa, New Jersey, Michigan, Louisiana, Tonto Apache Tribal Court, and the United Kingdom. He is also the only lead attorney ever to appear on behalf of gamblers in the United States Supreme Court.

Bob is regularly sought after to speak to both the gambling industry and player groups on the subjects of casino abuse of players and gamblers’ rights. To his credit are numerous articles and another book on the subject (Beat the Players). Highly respected within the advantage player/professional gambler community, in 2013 Bob was voted into the prestigious Blackjack Hall of Fame.

Bob remains actively engaged in litigating out of Las Vegas with his partner and wife, Thea Marie Sankiewicz. He has been practicing law for 33 years and hopes to become proficient in the near future. 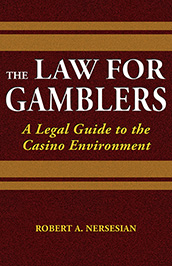